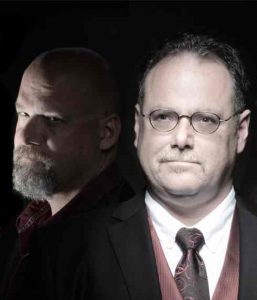 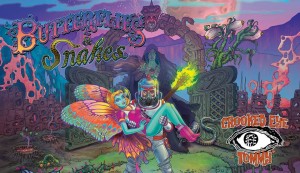 “The World’s Gonna See…What A Crooked Eye Can Do”

When Tommy Marsh and Crooked Eye Tommy released Butterflies & Snakes in August of 2015, little did the Ventura County-based blues musician realize how well the band’s debut album would be received. An indication of what lie ahead: Winning “Best Blues Band” at the 2015 Ventura County Music Awards this past Summer. Tommy’s third consecutive VCMA is quite the accomplishment, considering the number of talented blues artists who call Ventura County their home!

In less than five months, Butterflies & Snakes has ascended as high as #15 on the National Roots Music Report Contemporary Blues Chart, a strong barometer for radio airplay where hundreds of on-air deejays submit their weekly playlists to. For the week beginning April 18th, B&S was a very respectable #32 on the RMR Top 50 California Album Chart. 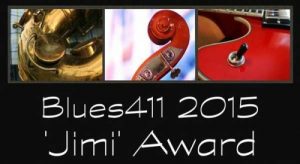 In September, Butterflies & Snakes was featured on back-to-back weeks by nationally-syndicated radio show, Blues Deluxe, heard on over one-hundred terrestrial stations with a 1.5 million listenership. “Depend on Crooked-Eye Tommy to set you straight about great blues and good music!”, said Blues Deluxe Host, David Johnson.

Butterflies & Snakes made waves in the UK this year, as well: the eleven-song disc is nominated for a 2016 Doc’s Blues Award in the “Best Band” category.

In January, Butterflies & Snakes proudly represents the Ventura County Blues Society in the “Best Self-Produced CD” category at the 2016 International Blues Challenge (IBC), the famed yearly competition in Memphis bringing the world’s best blues artists from sixteen countries across the globe together where they compete for “best of” honors.

Butterflies & Snakes has been universally praised:

“Stories told only the way bluesmen do, with reverence and soul”

“Sticks to the Blues while stretching what the genre can hold”

“Slinky slide guitars, arpeggio riffs, spot-on vocal harmonies…terrific introduction to a band ready to break out of Southern California and bring their brand of Blues and Roots music to the masses”

“Marsh brothers are both fine guitar players, as heard when Tommy plays the slide on the opening number ‘Crooked Eye Tommy’, while brother Paddy shows good range and a touch of soulfulness on the snaky blues ‘Come On In'” 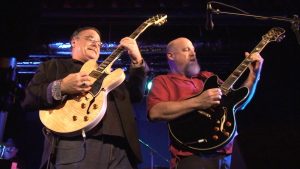